The Wilhelmshaven connecting line (WAL) really can be called a high-speed project. A project of this type usually takes several years from planning and construction to commissioning  ̶  in this case only around ten months! 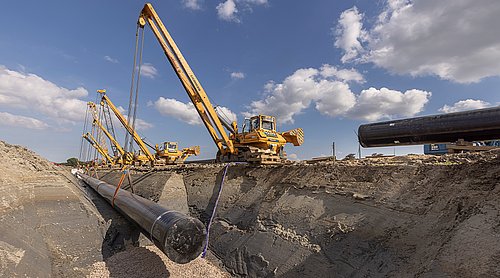 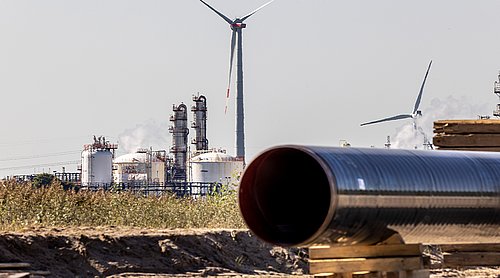 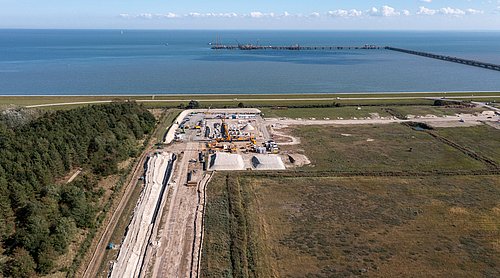 This was also made possible by MAX STREICHER GmbH & Co. KG aA by laying a 12.3 kilometer section of this pipeline. The client was Open Grid Europe (OGE).

The background of this project is the goal of becoming independent of Russian gas supplies. A key component of this is the import of liquefied natural gas, so called LNG. The energy carrier is to be delivered in liquid form to the new floating LNG terminal in Wilhelmshaven from the end of 2022 and then converted back into gas. The WAL connection pipeline in Wilhelmshaven is intended for onward transport to the NETRA long-distance gas pipeline near the Etzel natural gas storage facility.

In addition to the very short execution period and the necessary six-day week for the employees, the soil in particular was a major challenge. For example, the construction roads had to be laid at a clear distance from the pipe trenches in order to prevent the pipe trench walls from collapsing due to the reduced pressure. The dewatering and works on the piling walls within this project also turned out to be extremely complex.

Despite all the challenges, the work was completed at the end of November. So the commissioning of the pipeline took place shortly before Christmas.

For the best possible user experience, we use various services that use cookies and similar technologies. Some services are technically necessary and are providing basic functionality for this website. Others are used to analyse and improve your user experience or to provide you with certain services. For these services we need your consent, which you can withdraw at any time. Find more information regarding cookies and external content on our Data Protection Declaration and regarding us on the Legal notice.