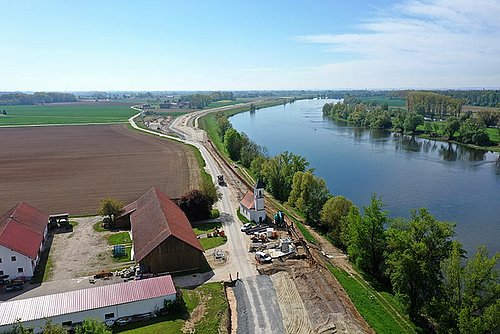 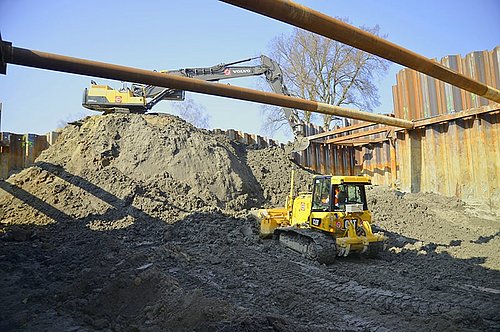 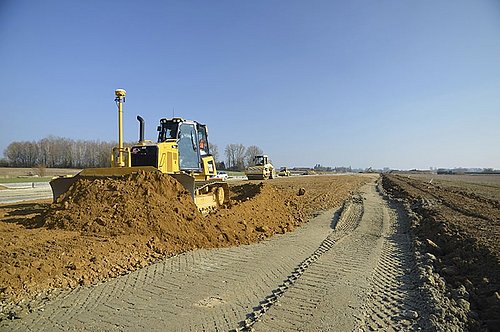 "Major project Danube river expansion" between Straubing and Vilshofen this construction project involves on the one hand the expansion of the waterway to improve the conditions for shipping during low water periods and on the other hand the upgrading of the flood protection system to protect the population from a so-called 100 annual flood happening.

Within the scope of this multiannual construction project, MAX STREICHER GmbH & Co. KG aA is responsible for the execution of the subprojects Polder Sulzbach and Polder Offenberg/Metten. Within the Sulzbach polder, the dyke will be rebuilt over a length of almost three kilometers and will in partially be up to five meters higher than the surrounding terrain. In this section, the order also includes the modification of a bridge, which as a trough bridge remains passable even during high water periods. Within the Offenberg-Metten area, a 265 meter long new dyke section will be raised. Equally to the Sulzbach polder, this is also a partial relocation, so that after the removal of the existing dam, a larger foreland area between the dike and the Danube river is available as a flood retention area. In addition, an existing section of around 200 meters will be raised and sealed at the same time. STREICHER is also responsible for the new replacement building of the pumping station in Metten and takes on all the civil engineering work here.

The projects are carried out in close cooperation with the subsidiary STREICHER Tief- und Ingenieurbau Jena GmbH & Co. KG.